A Major Bust that Busted

On Wednesday February 19, 1992, at 10:15 a.m., Major Ronald Lowe testified he was in an unmarked cruiser travelling southbound on Philadelphia Drive approaching West Riverview when he noticed a 1987 white Ford Bronco truck which registered to Mr. Ray McDonald. 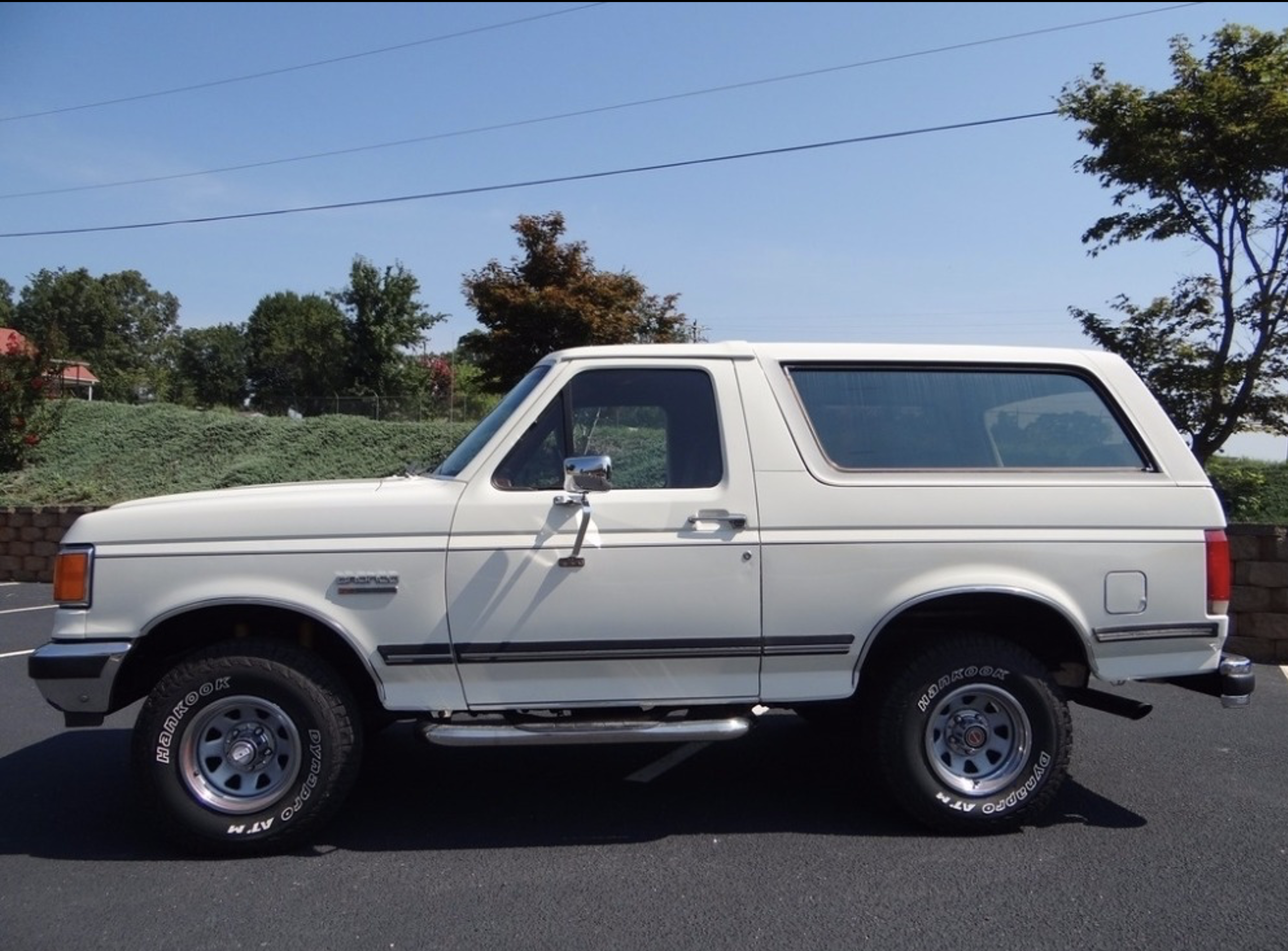 Major Lowe said he vaguely remembered that he had heard a police broadcast about one or two weeks previously concerning a Bronco being involved in a drive-by shooting on the west side of Dayton. He said he remembered that the shooting allegedly took place twenty to twenty-five blocks from his present location. He said he called the police dispatcher to obtain more details while he followed the Bronco to obtain its license number; Ohio HB 2283. He said he also asked the dispatcher if there were other police crews in the area because he wanted to stop the Bronco, but the dispatcher did not reply. He said shortly thereafter he lost sight of the Bronco.  A short time later Major Lowe said he spotted the Bronco parked behind a garage in an alley behind 2010 Grand Avenue. 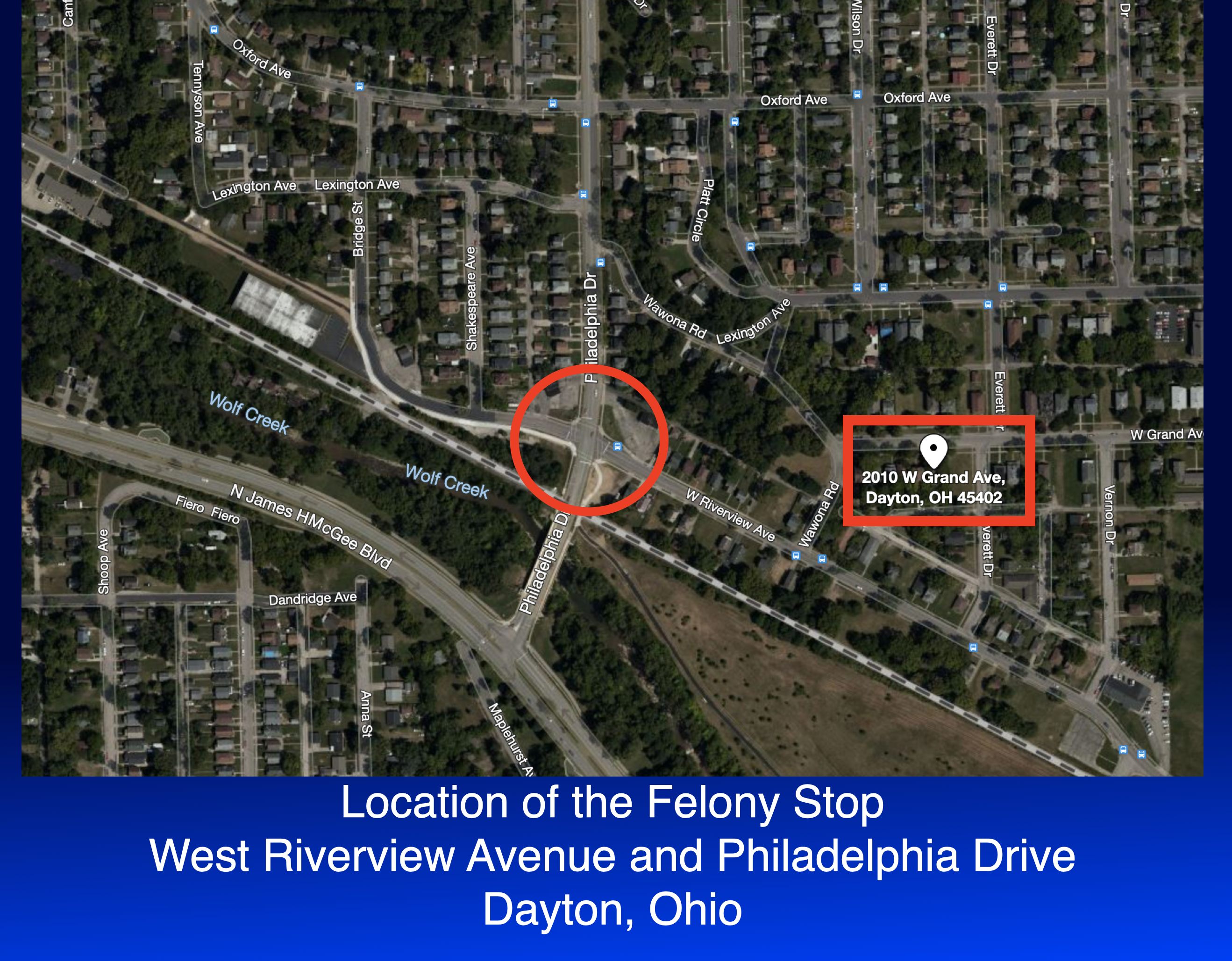 Major Lowe testified in the Motion to Suppress specific as to why he requested a felony stop on the Bronco:

“At that particular time, I didn’t feel as a major and as a police officer that I needed to see him violate any statute in that he was in a high drug area.”

Major Lowe said a felony stop occurs when a vehicle is stopped, and the subjects are ordered out of the vehicle at gunpoint. Major Lowe said he ordered the felony stop of the Bronco because he did not know what was in the bundle that the passenger carried into the Bronco and he could not tell if it was a weapon.  Major Lowe said that Officer Christine Bean and Officer Raymond Martin ordered Mr. Carter and Mr. Ross out of the Bronco at gunpoint. Major Lowe said he approached the Bronco and looked in the open passenger door for possible weapons. He said he noticed a bundle lying on the front floorboard and it appeared to be the bundle he saw Mr. Ross carrying into the Bronco. Major Lowe said he unwrapped the gray bundle and found a small package wrapped in brown opaque paper. Major Lowe said he thought the package might contain narcotics and so he secured the van and called for the evidence and narcotics units. Mr. Carter and Mr. Ross were then placed in separate police cruisers. Major Lowe said the package was field tested and determined to be two pounds of cocaine and he then ordered the police to secure the residence at 2010 West Grand Avenue until a search warrant could be obtained. The gray material Mr. Ross was carrying was determined to be gray pants or jeans. The municipal judge issued a search warrant for 2010 West Grand Avenue based on the preceding statement as well as additional information. Police officers recovered thirty pounds of cocaine and $146,550 as well as numerous guns in the search.

Mr. Carter filed a Motion to Suppress which the trial court granted.  The Second District Appellate Court affirmed the trial court and the City of Dayton appealed again to the Supreme Court of Ohio which held “Although the investigative stop took place in a high crime area, that factor alone is not sufficient to justify an investigative stop … To hold otherwise would result in the wholesale loss of the personal liberty of those with the misfortune of living in high crime areas.”.

Does your agency train on Investigative Traffic Stops?