In Defense of Pushes, Shoves and Qualified Immunity

“Pushes and shoves, like other police conduct, must be judged under the Fourth Amendment standard of reasonableness … petitioner was entitled to qualified immunity.”

On Saturday September 24, 1994, the public was invited to attend a special presentation by Vice President Gore at the Presidio Army Base in San Francisco to celebrate the anticipated conversion of most of the Presidio base to a national park. The conversion of the Presidio Base was a subject of some public controversy, particularly with respect to the possibility of animal experimentation at the Army’s Letterman Hospital. 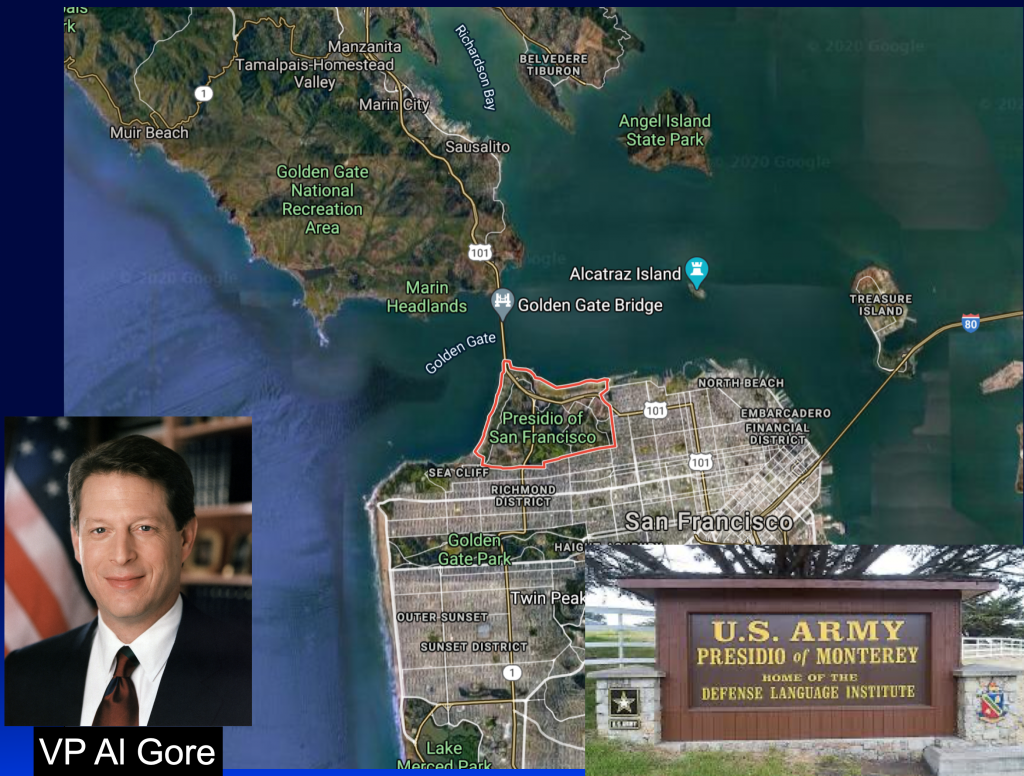 Dr. Elliot Katz, a veterinarian who was then sixty years old, and other members of the organization In Defense of Animals, were among the several hundred members of the public who attended the event. Dr. Katz was seated in a public area, separated from the state and dignitary seating area by a waist-high cyclone fence. He was wearing a visible, knee-high leg brace because of a broken foot. He was not wearing a shoe on his injured foot.

On the day of the event, Officer Donald Saucier was working as a military police officer. According to his deposition testimony, he had been told by his superiors that demonstrations would not be allowed and had been instructed to “diffuse the situation if it arises,” but not to “draw that much attention if we didn’t have to.”  Dr. Katz was “pointed out as one of the potential, you know, activists” and petitioner knew “who this person was . . . the person we need[ed] to keep an eye on.”

As VP Gore began speaking, Dr. Katz silently removed a cloth banner from his jacket and walked to the barrier. The banner measured approximately four feet by three feet and stated “Please Keep Animal Torture Out of Our National Parks.” Dr. Katz intended to hang the banner over the fence so that Vice President Gore and other speakers could read it.

At this point Sgt. Steven Parker and Officer Saucier grabbed Dr. Katz from behind and tore the banner away. Dr. Katz did not try to prevent them from taking the banner. Sgt. Parker and Officer Saucier then each took one of Dr. Katz’s arms and “started sort of picking [Katz] up and kind of walking [him] out, kind of like very hurriedly, sort of like the bum’s rush.” They took Dr. Katz to a military van parked behind the seating area and placed him inside.  The moment he was placed in the van is the use of force at issue in this lawsuit.  By most accounts, Officer Saucier used a hip check to get Dr. Katz inside the van.

Dr. Katz was taken to a military police station. After being briefly detained, he was released and allowed to drive home. Dr. Katz was never informed of the basis for his detention or cited with any violation of any law or regulation.

Dr. Katz filed a lawsuit against Officer Saucier and the U.S. Government for excessive force.  Officer Saucier requested a Summary Judgment based on Qualified Immunity which the District [entry level] Court denied.  Officer Saucier appealed to the Ninth Circuit which also denied Qualified Immunity.  He appealed again to the U.S. Supreme Court which held “[N]ot every push or shove, even if it may later seem unnecessary in the peace of a judge’s chambers, violates the Fourth Amendment (citations omitted). Pushes and shoves, like other police conduct, must be judged under the Fourth Amendment standard of reasonableness … Our conclusion is confirmed by the uncontested fact that the force was not so excessive that respondent suffered hurt or injury. On these premises, petitioner was entitled to qualified immunity, and the suit should have been dismissed at an early stage in the proceedings. Saucier v. Katz, 533 U.S. 194 (2001)

Qualified immunity shields government officials from civil liability in the performance of their duties so long “as their conduct does not violate clearly established statutory or constitutional rights of which a reasonable person would have known.” Harlow v. Fitzgerald,457 U.S. 800, 818 (1982)

Such immunity “gives ample room for mistaken judgments” by protecting “all but the plainly incompetent or those who knowingly violate the law.” Malley v. Briggs, 475 U.S. 335, 343 (1986)

The qualified immunity analysis is a two-step inquiry: (1) Whether a constitutional right has been violated; and (2) Whether that right was clearly established.  Pearson v. Callahan 555 U.S. 223, 232, 236 (2009) Pearson was decided after Saucier.

The “clearly established” step asks whether “existing precedent placed the conclusion” that the defendant violated the constitution under the circumstances “beyond debate.” Ashcroft v. al-Kidd, 563 U.S. 731, 741 (2011) Ashcroft was decided after Saucier.

Law enforcement use of force ONLY looks ‘good’ in the training room.  When force is used against citizens it often looks ugly but that is the nature of the hardest job in America.

Does your agency train on the Use of Force?