Why Did Sam Run Like a Felon in Possession of a Firearm?

Headlong flight wherever it occurs is the consummate act of evasion: it is not necessarily indicative of wrongdoing, but it is certainly suggestive of such. Id at 124

On Saturday September 9, 1995 at approximately 12:15 p.m. Chicago Police Officer Timothy Nolan and his partner, Officer Harvey, were assigned to the Special Operations section of the Chicago Police Department. On this date, the officers were assigned to the 11th District of Chicago which is a high crime area which is known for narcotics transactions.  Officers Nolan and Harvey were among eight officers in four cars travelling eastbound on West Van Buren Street with the purpose of investigating narcotics sales in that area. Officer Nolan stated that he was working in uniform but did not recall whether the police car he drove, the last in the “caravan,” was marked or unmarked.

Officer Nolan observed Mr. Sam Wardlow standing in front of 4035 West Van Buren. Mr. Wardlow, who did not appear to be violating any laws, looked in the officers’ direction, had the deer-in-the-headlights look and fled on foot carrying a bag. Officer Nolan turned his vehicle southbound toward Congress Avenue, continuing to observe defendant, who ran southbound through a gangway and then through an alley. Nolan stated that defendant, who was carrying a white opaque bag under his arm, was cornered in the vicinity of 4036 West Congress when he “ran right towards us.” 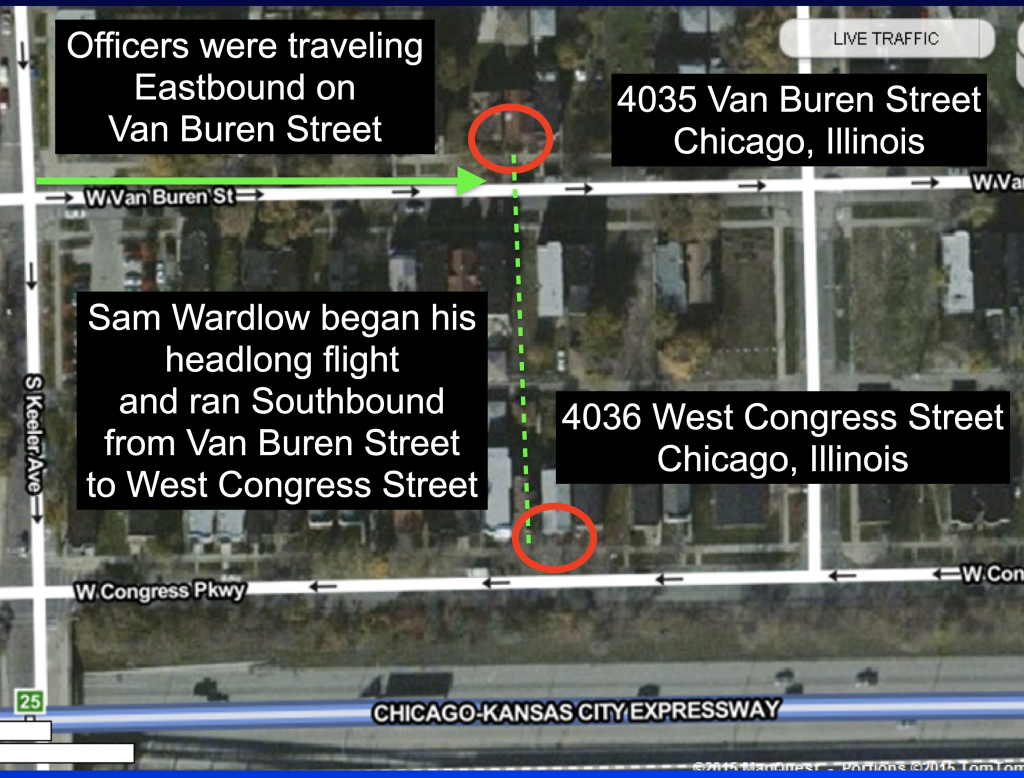 Officer Nolan exited his car, stopped Mr. Wardlow and conducted a protective pat-down search of Mr. Wardlow. Nolan testified that he could not see inside the bag Mr. Wardlow was carrying so he “squeezed” the bag and felt a very heavy, hard object “that had a similar shape to a revolver or a gun.” Believing the object to be a weapon, Officer Nolan opened the bag and found a .38-caliber handgun containing five live rounds of ammunition.  Officer Nolan then placed Mr. Wardlow under arrest as a felon in possession of a firearm. 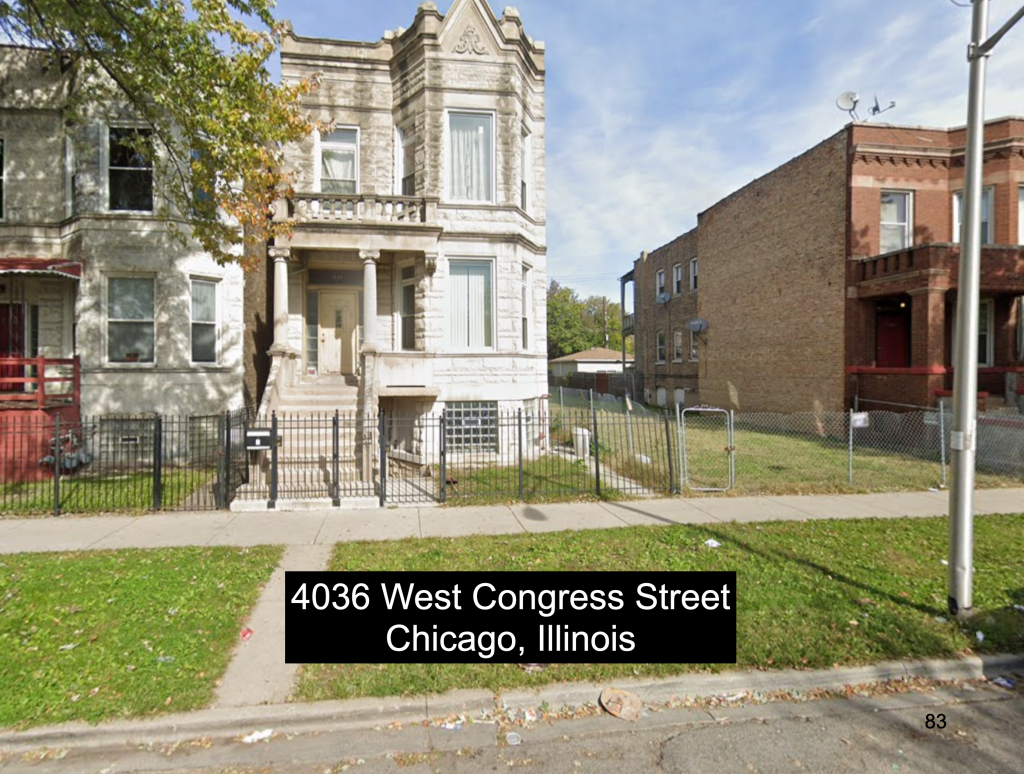 On September 9, 1995 Sam Wardlow’s headlong flight stopped on the front steps of 4036 West Congress Street, Chicago, Illinois but soon his firearm, conviction and appeal would take him all the way to Washington D.C.   Mr. Wardlow could not outrun Officer Nolan or the U.S. Supreme Court!

Mr. Wardlow’s Motion to Suppress in the trial court was denied, he was convicted and sentenced to two years in prison.  The Illinois appellate court reversed the conviction, holding that Officer Nolan and Officer Harvey did not have Reasonable Suspicion to stop Mr. Wardlow.  The Illinois Supreme Court upheld the appellate court, holding that Officer Nolan did not have Reasonable Suspicion.  The U.S. Supreme Court heard oral arguments on November 2, 1999 and issued their decision on January 12, 2000, holding “We conclude Officer Nolan was justified in suspecting that Wardlow was involved in criminal activity, and, therefore, in investigating further.” Id at 125.

The area was a high crime area.

This began with a narcotic sweep and the officers expected to discover lookouts and drug salesmen.

Sam Wardlow had headlong flight – – flight that was immediate at the sight of law enforcement, intentional and purposefully evasive.