Were Hodari’s Felony Flyers TOO Fast To be Seized?

On Monday April 18, 1988, at approximately 10:00 p.m. Oakland, California Police Officer Brian McColgin and Officer Jerry Pertoso were on patrol in a high-crime area. They were dressed in street clothes but wearing jackets with “Police” embossed on both front and back; the limited law enforcement identification was not at issue in the analysis. They drove their unmarked car west on Foothill Boulevard, and turned south onto 63rd Avenue. As they rounded the corner, they saw four or five youths huddled around a small red car parked at the curb. When the youths saw the officers’ car approaching, they immediately fled on foot.  One of the fleeing youths, Hodari D. wearing his felony flyers, ran west through an alley while his co-conspirators ran south and were not captured.  The red car also headed south, at a high rate of speed. 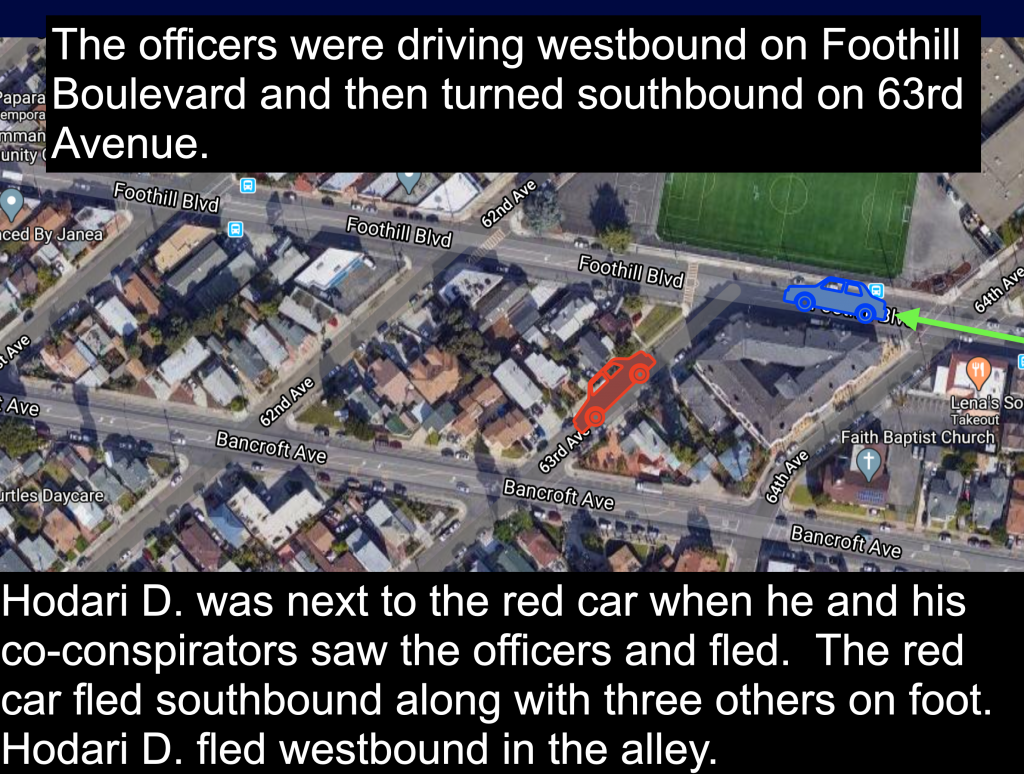 The officers were suspicious and gave chase. Officer McColgin remained in the car and continued south on 63rd Avenue; while Officer Pertoso left the car, ran back north along 63rd, then west on Foothill Boulevard, and turned south on 62nd Avenue. Hodari, meanwhile, emerged from the alley onto 62nd and ran north. Looking behind as he ran, he did not see Officer Pertoso until the officer was almost upon him, whereupon he tossed away what appeared to be a small rock. A moment later, Officer Pertoso tackled Hodari, handcuffed him, and radioed for assistance. Hodari was found to be carrying $130.00 in cash and a pager.   The rock he had discarded was determined to be crack cocaine – a felony in California. 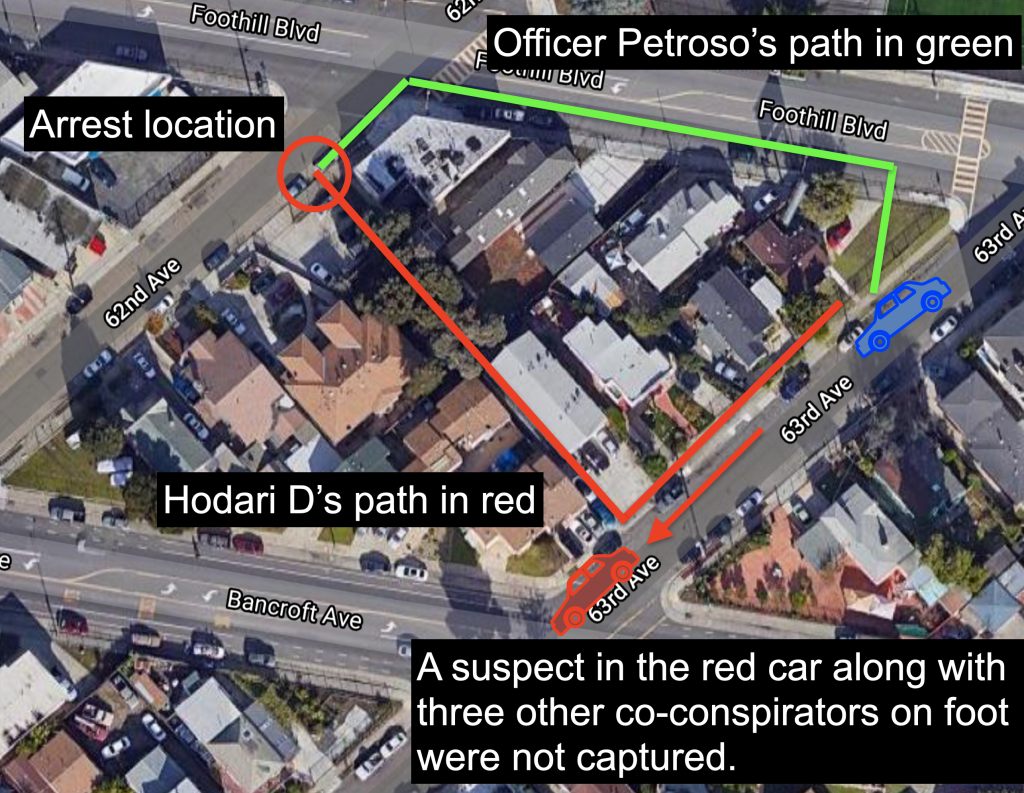 In the juvenile proceeding brought against him, Hodari moved to suppress the evidence relating to the cocaine. The court denied the motion without opinion. The California Court of Appeal reversed, holding that Hodari had been “seized” when he saw Officer Pertoso running towards him, that this seizure was unreasonable under the Fourth Amendment, and that the evidence of cocaine had to be suppressed as the fruit of that illegal seizure. The California Supreme Court denied the State’s application for review, which is tantamount to upholding the appellate decision that Hodari was seized when the officer was chasing him.  The U.S. Supreme Court overturned the California appeals court and held “The word “seizure” readily bears the meaning of a laying on of hands or application of physical force to restrain movement … however, to the prospect of a policeman yelling “Stop, in the name of the law!” at a fleeing form that continues to flee. That is no seizure … [A]ssuming that [Officer] Pertoso’s pursuit in the present case constituted a ‘show of authority’ enjoining Hodari to halt, since Hodari did not comply with that injunction he was not seized until he was tackled.” Id at 626 and 629.