Is the Warrant Requirement Recognizable?

Even before today’s decision, the “warrant requirement” had become so riddled with exceptions that it was basically unrecognizable.

Officer Coleman received the package on October 29, 1987 verified its contents, and took it to the Senior Operations Manager at the Federal Express office. At about 10:30 a.m. on October 30, a man, who identified himself as Mr. Jamie Daza, arrived to claim the package. He accepted it and drove to an apartment complex at 805 West Stevens. He carried the package into the apartment.

At 11:45 a.m., officers observed Mr. Daza leave the apartment and drop the box and paper that had contained the marijuana into a trash bin. Officer Coleman left the scene to get a search warrant. About 12:05 p.m., the officers saw Richard St. George leave the apartment carrying a blue knapsack which appeared to be half full. The officers stopped him as he was driving off, searched the knapsack, and found one and a half pounds of marijuana.

At 12:30 p.m., Mr. Charles Steven Acevedo arrived. He entered Mr. Daza’s apartment, stayed for about ten minutes, and reappeared carrying a brown paper bag that looked full. The officers noticed that the bag was the size of one of the wrapped marijuana packages sent from Hawaii. Mr. Acevedo walked to a silver Honda in the parking lot. He placed the bag in the trunk of the car and started to drive away. Fearing the loss of evidence, officers in a marked police car stopped him in the apartment complex parking lot. They opened the trunk and the bag, and found 3/8th’s of one pound of marijuana. At 12:40 p.m. a magistrate signed the search warrant for Mr. Daza’s apartment. The search of the apartment by the other Santa Ana police officers discovered several bags of marijuana. 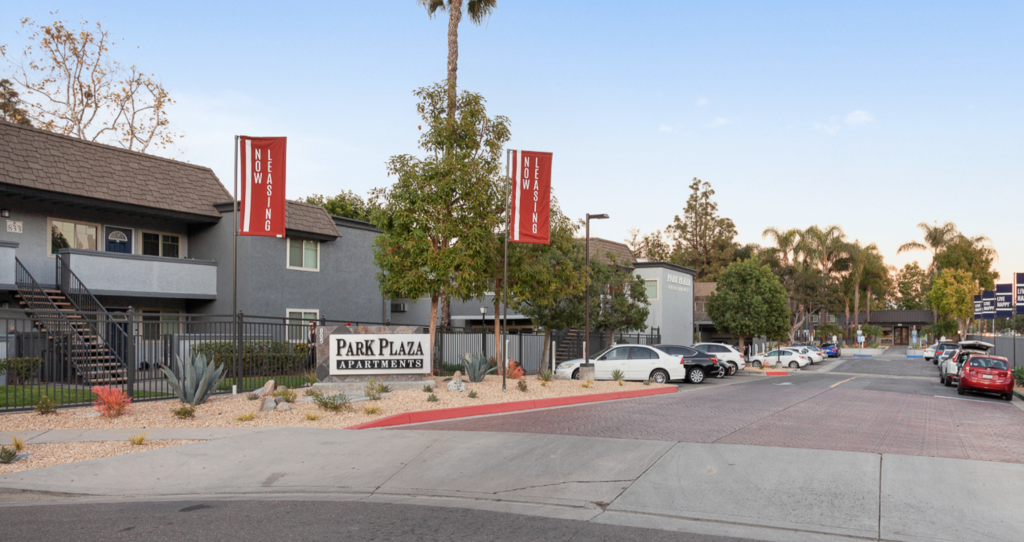 Mr. Jamie Daza lived in an apartment here at 805 West Stevens, Santa Ana, California, which is today called the Park Plaza Apartments.  Officer Coleman wrote and served a searched warrant at Mr. Daza’s apartment which led to a cache of marijuana.

Mr. Acevedo was charged in state court with Possession of Marijuana for Sale.  He moved to suppress the marijuana found in the car. The motion was denied. He then pleaded guilty but appealed the denial of the suppression motion.

The Supreme Court of California denied the State’s appeal, which is tantamount to upholding the California’s Fourth District opinion.  The State of California appealed to the U.S. Supreme Court which overturned the suppression of marijuana, as it held “The police may search an automobile and the containers within it where they have probable cause to believe contraband or evidence is contained.” Id at 580.